I am an Associate Professor of Philosophy at Ball State University. I received my PhD in Philosophy from Villanova University in May 2014. My dissertation was titled “Marx and the Metaphysics of Production.” My research focuses on Marx and post-Marxism, 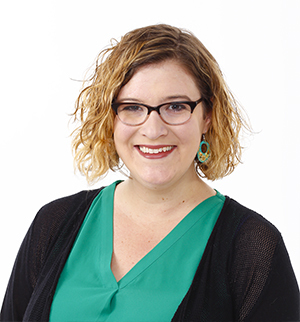 especially on the notions of production and labor, as well as contemporary feminism and gender studies. My publications include “Post-Marxist Political Ontology and the Foreclosure of Radical Newness” (Philosophy Today 64: 3), “Community-Engaged Learning and Precollege Philosophy During Neoliberalism” (Teaching Philosophy 42:4), The Weariness of Democracy: Confronting the Failure of Liberal Democracy  (co-edited with Obed Frausto and Jason Powell, Palgrave Macmillan, 2019), and “Castoriadis, Marx, and the Critique of Productivism” (Telos 174).  At Ball State, I teach Introduction to Philosophy, as well as classes on contemporary philosophy, especially 19th- and 20th-century continental philosophy and critical theory. I am also the director of the precollege Philosophy Outreach Project.

Outside of philosophy, I am engaged in community activism as the chair of Muncie Resists and as a founding member of the Indiana Democratic Women’s Coalition.